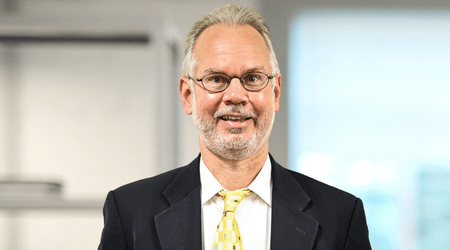 Associate Professor of Law
Bill Merkel joined the Charleston School of Law faculty in 2012. Merkel graduated from Johns Hopkins University with a B.A. in history in 1988 and proceeded to work as a cook in Baltimore and then as an analyst with the Department of Transportation in Washington, D.C. before returning to graduate studies in history and law.

He completed his J.D. at Columbia Law School in 1996 and then worked in appellate litigation with Wiley, Rein & Fielding in Washington, D.C. from 1997-1998. Merkel is the author, with the late Richard Uviller, of The Militia and the Right to Arms, Or, How the Second Amendment Fell Silent (Duke University Press, 2002). He taught American history at Oxford University from 2001-2003 and Comparative Introduction to American Law to foreign trained LL.M. students at Columbia Law School from 2003-2005. From 2005-2011, Merkel was an Associate Professor of Law at Washburn Law School in Topeka, Kansas, where he was named Professor of the Year by the graduating class in 2008. At Washburn, Merkel taught Constitutional Law I & II, Comparative Constitutional Law, Public International Law, and International Criminal Law and the Law of War. He received a doctorate in history from Oxford University in 2007.

Merkel has held visiting positions at the University of North Dakota School of Law in 2009 and at the University of South Carolina School of Law in 2011-12. In 2013 and 2014, Merkel taught The United States and the International Court of Justice in the Hague, Netherlands as part of the Charleston School of Law’s summer school consortium program administered by Stetson University School of Law. At the Charleston School of Law, Merkel continues to teach courses in Constitutional Law, International Law, Comparative Law, and Legal History. Merkel’s article “Jefferson’s Failed Anti-Slavery Proviso of 1784 and the Nascence of Free Soil Constitutionalism” was selected as the best submission in constitutional history by the Stanford/Yale Junior Faculty Forum in 2006. Merkel is in the process of revising his Oxford doctoral thesis “Race, Liberty, and Law: Thomas Jefferson and Slavery, 1770-1800” for publication as a book to be titled Ambiguous Beginnings: Thomas Jefferson, Slavery, and the Foundations of American Constitutionalism. Merkel has published numerous articles in journals including the Chicago-Kent Law Review, Connecticut Law Review, Lewis and Clark Law Review, Santa Clara Law Review, Seton Hall Law Review, Rutgers Law Review, and Law and History Review. His scholarship on the Second Amendment has been cited by many authors and jurists, including Justice Breyer in a dissenting opinion in McDonald v. City of Chicago.  In 2013, following the successful defense of his dissertation “The Second Amendment and the Constitutional Right to Self-Defense,” Merkel was awarded a J.S.D. degree by Columbia University.

Merkel is a member of the District of Columbia, New York, and United States Supreme Court Bars.