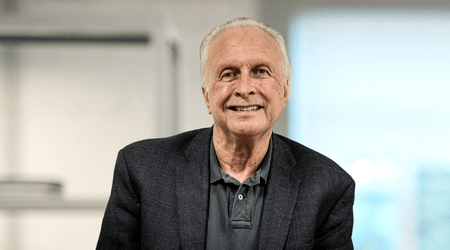 Batla spent over 40 years practicing law with the international law firm of Hogan Lovells and its predecessor Hogan & Hartson.  Early in his career  in the firm’s Washington. D. C. office, he specialized for several years in corporate and securities matters but later developed a practice in energy regulation.  While partner in charge of the energy practice, he was lead counsel to major and independent oil and gas companies in successfully litigating billion dollar liability claims in numerous administrative and federal court cases.

In 1990, he was appointed to a bipartisan National Endowment for Democracy delegation co-chaired by Sen. John McCain and Madeleine Albright to oversee the first free elections in Czechoslovakia in over 40 years.  This assignment led to the founding of  Hogan’s  Prague office in 1991 and a practice as managing partner of that office handling dozens of privatizations, financings and international investments in the region through joint ventures and mergers and acquisitions.

In 1993, Batla moved to the firm’s London office where he was resident until 2008, handling investment and financing transactions throughout Europe, Asia, Latin America and the Middle East, and European investments into the United States. Batla established Hogan’s first office in the Middle East in Abu Dhabi in 2008 where he was managing partner of that office in 2008-2009.

During his 27 years as a partner in the firm, Batla served on the firm’s governing Executive Committee, and as Managing Partner for International Offices for six years overseeing Hogan’s international expansion to 14 offices throughout Europe, Asia, and Latin America.

During his career, he closed joint ventures, mergers and acquisitions, project financings, multilateral loan agreements and corporate financings worth many billions of dollars.  He was lead counsel to a major communications company in the $ 2 billion dollar disposition of cellular telephony joint ventures in Poland, Hungary, and Russia, finance counsel to the $ 2.3 billion dollar, 3,000 km. gas pipeline project from Bolivia to Brazil led by Petrobras, and lead counsel to the Czech investors in the first significant project financing in Central and Eastern Europe closed without government guarantees or credit support, the $ 400 million dollar Kladno Electric Power project near Prague, Czech Republic.

He is a member of the bars of the United States Supreme Court, Texas, New York, and the District of Columbia, and is a Registered Foreign Lawyer with the Law Society of England and Wales.