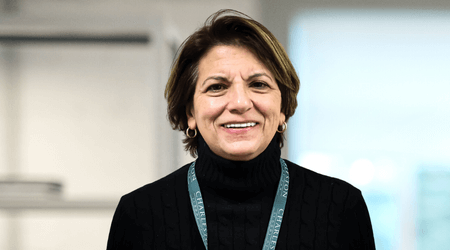 Professor of Law
Constance A. Anastopoulo joined the Charleston School of Law in 2007, teaching Evidence, Insurance Law, and Torts.  She has been chosen “Professor of the Year” by the law students and has been honored by the Black Law Students Association for her commitment to bringing about meaningful legal and political change. In 2010, Anastopoulo was a Visiting Professor at the Institute of International and Comparative Law, Stetson College of Law, teaching a course in Buenos Aires, Argentina on comparative laws of the right to privacy and the right to publicity.

Prior to coming to the Charleston School of Law, Anastopoulo served as senior litigator in the civil litigation division of the Charleston Law Firm of Poulin, Willey, Anastopoulo, LLC, where she managed the appellate practice for the firm.  She was lead counsel in the seminal case of Gaskins v. Southern Farm Bureau, which was chosen one of the ten most important decisions in South Carolina juris prudence by S.C. Lawyer Magazine when it was decided.

In 2009, Anastopoulo authored the Amicus Curie Brief on behalf of the League of Women Voters of South Carolina in the case of Segars-Andrews vl. Judicial Merit Selection Committee, et al. The brief received national attention for its comment on the judicial selection process.  She has also published several articles on Insurance Law, Torts, and Professional Responsibility and serves as an expert in insurance law cases.

Anastopoulo has served on the Board of My Sister’s House, Inc., a non-profit shelter for domestic violence victims, the Advisory Board of the Women and Gender Studies at the College of Charleston, as Vice President of the League of Women Voters, and is a past president of the Daughters of Penelope Philanthropy.