In January, Professor Eberle purchased a historic 19th century cottage home on Sheppard Street, a house on the brink of being demolished.

“I ended up convincing myself that I should put my money where my mouth is,” said Eberle. “For years and years and years, I’d gone to these board meetings, spoken about projects. I decided I was the perfect person to step in and restore that house. Long story short, I got in touch with the owner and ended up buying the house.” 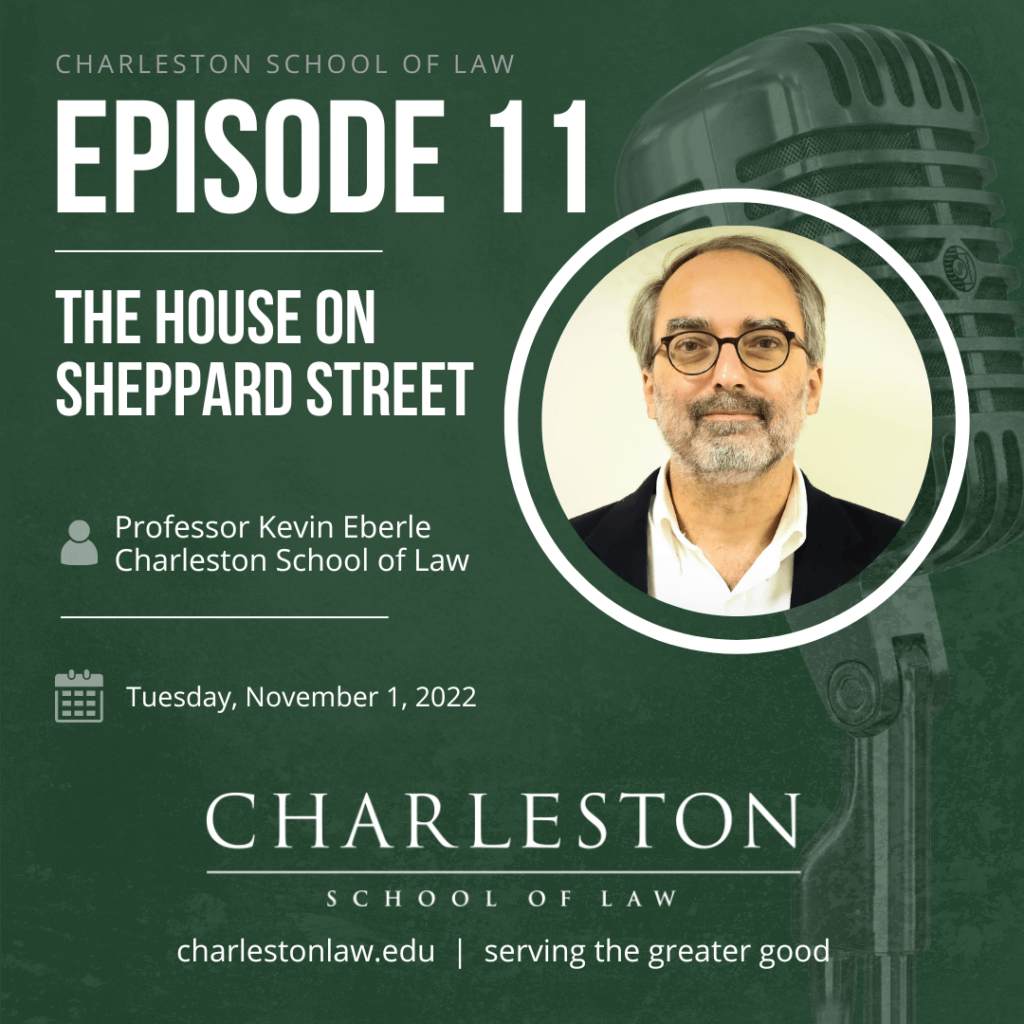 Before he agreed to invest, Eberle said he researched the history of the house. “I actually wrote a pretty thorough report … The entire story went to the Board of Architectural Review.”

Eberle revealed that 5 Sheppard Street has a long, rich history. The home was built in 1873. “That property was sold by a family at an auction in December of 1872 to Andrew Simmons, who is a former slave.”

The history and the research impressed the Board. They denied the request for demolition and eventually supported Eberle’s desire to purchase the lot and renovate the space.

“It’s not one of the grand homes that you see on The Battery or anything like that,” he said. “It’s very small, but a historic house. It started off as two rooms and in 1895 had two rooms added on to it.”

“When I closed on the house, I started the long process of just cleaning it out,” said Eberle.

Eberle said he has spent most of his time cleaning the “knee-deep” piles of garbage and “meeting with contractors and subcontractors, getting bids, city permitting, which is a long process, working with the architect and coming up with before and after plans.”

Admittedly, the project has taken longer than Eberle expected. The entire process has been a huge learning curve.

“I will tell you the single most shocking news to me, and I can’t believe that this has been shocking to me, but when I bought the house and I signed the contract last December,” he said. “I fully expected close in January. Get the plans and everything done in February. Get the permitting done in March. Get started in April … May … June. Maybe July … August, punch list and finish it up.”

Eberle stated he has two main goals once the renovations are done and the house is complete.

“Number One is validation for the work,” he said.  “I would like to have some sort of extrinsic validation for the quality of the work so that it’s not just me saying it was good quality. And second is just to break even. I’m not looking to make a ton of money.”

Listen to streaming episodes of the Charleston School of Law Podcast or subscribe on iTunes or Spotify.