Dean and Provost Larry Cunningham said that Malagrinò’s role will focus on leading the law school to promote faculty scholarship and teaching development.

“Dean Malagrinò is well-suited to serve as our next Associate Dean for Faculty Research and Development,” Cunningham said. “He is a dedicated teacher and a prolific scholar. I look forward to working with him in his new role.” 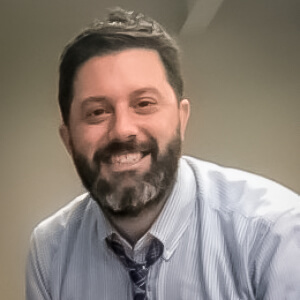 “I am honored to serve in this role, and I look forward to the work ahead,” said Professor Malagrinò, who officially begins his new role on July 1.

Malagrinò’s legal research has been published multiple times in recent months including:

You can read more here.

Malagrinò has been honored as the Charleston School of Law Professor of the Year multiple times. “Students comment on how demanding, confusing, or hard law school can be at times,” he said. “I try to remind them, ‘Just because something is hard, doesn’t mean you can’t be great at it.’”

In 2021, Professor Malagrinò was recognized for excellence in legal education when he was selected for the Order of the Silver Crescent by Governor Henry McMaster. The award is South Carolina’s highest civilian award for significant contributions, leadership, volunteerism, and lifelong influence within a region or community.

Prior to academia, Professor Malagrinò spent six years in private practice as an attorney in San Diego, specializing in complex civil litigation including securities fraud and antitrust class actions. During that time, he prosecuted large class action lawsuits.

Malagrinò earned his undergraduate degree in Economics, International Relations, and Italian Language, Literature & Culture at Syracuse University, where he was an NCAA Division I athlete in swimming and track.

Chief Justice Beatty: “Lawyers are the backbone of our democracy. If we do not have good lawyers, our democracy will fail.”

Charleston School of Law has announced the addition of five new faculty members for the 2022-23 academic year.

Charleston School of Law has partnered with TimelyMD, the leading virtual health and well-being solution in higher education, to offer students free and equitable access to medical and mental health through the TimelyCare platform.