History of the Charleston School of Law

The Charleston School of Law is rooted in tradition, tracing its precedent to November 1825, when a group of Charleston attorneys petitioned the South Carolina Legislature for a charter of incorporation for the “creation of a regular Law Institute in the City of Charleston and the annexation of a Law Library.” The following month, the Legislature granted Act No. 2379, establishing “a Lecture-ship of the Law.” In February 1826, the Charleston Forensic Club began offering lectures, essentially establishing the South’s first law school. That legacy continues today through the Charleston School of Law.

In 2002, several prominent Charleston judges and attorneys began working to establish a new law school that would serve as a community-centered institution offering a superior traditional and experiential educational program led by a collegial faculty of the highest caliber. In 2003, the South Carolina Commission on Higher Education granted a license to allow the school to begin accepting students.

The Charleston School of Law opened its doors on August 17, 2004, with 133 full-time students and 64 part-time students. In the fall of 2005 and 2006, the school welcomed its second and third classes of students, bringing its enrollment to about 600 students. The school received provisional accreditation from the American Bar Association on December 2, 2006. On August 4, 2011, the school was fully accredited by the American Bar Association.

Charleston has played a pivotal role in the development of the rule of law in our country and has a legal community with the highest professional reputation. Not only are Charleston School of Law students able to take advantage of mentoring and externship programs offered in conjunction with Charleston’s collegial, professional Bar; they also benefit from a firsthand look at the study of law in a city anchored by a historic, yet vital, downtown civic hub known as the Four Corners of Law. Thus, the Charleston School of Law has reinvigorated the study of law in Charleston by offering a rich, comprehensive program rooted in excellence.

We believe that better lawyers make better communities. The Charleston School of Law’s mission is to make better lawyers by producing practice-ready graduates of high moral character and integrity and instilling within them a commitment to public service.

The Charleston School of Law is committed to producing great lawyers for the greater good. 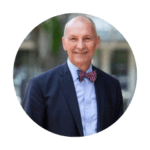 Mr. Infinger worked as a law clerk to the Honorable Daniel Holcombe Thomas, Senior Judge of the United States District Court for the Southern District of Alabama before returning to South Carolina to work for Nexsen Pruet in both their Columbia and Greenville offices.

In 2013, he established Rusty Infinger Attorney at Law, LLC in Greenville, where his focus was serving as a certified civil mediator. In January 2016 he became the Deputy Director of Operations/General Counsel for South Carolina Legal Services before joining P3 USA, Inc. as General Counsel/Manager of Internal Operations.

Mr. Infinger is a member of the Rotary Club of Greenville, serves on the Vestry of St. Andrew’s Episcopal Church, and is the president-elect of the South Carolina Bar. 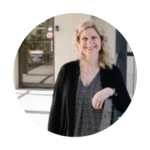 Ms. Vosburgh chaired the Charleston Homeless Court Implementation Committee, starting Charleston’s first Homeless Court. She is currently a member of the ABA Commission on Homelessness & Poverty and the president of the Charleston County Bar Association. She has presented at the National Legal Aid and Defender Association annual conference to further tackle legal and social issues facing homeless veterans. Ms. Vosburgh also serves as an Associate Municipal Court Judge for the City of Hanahan.

Provost, Dean, and Professor of Law

INTRODUCTION OF THE SPEAKER